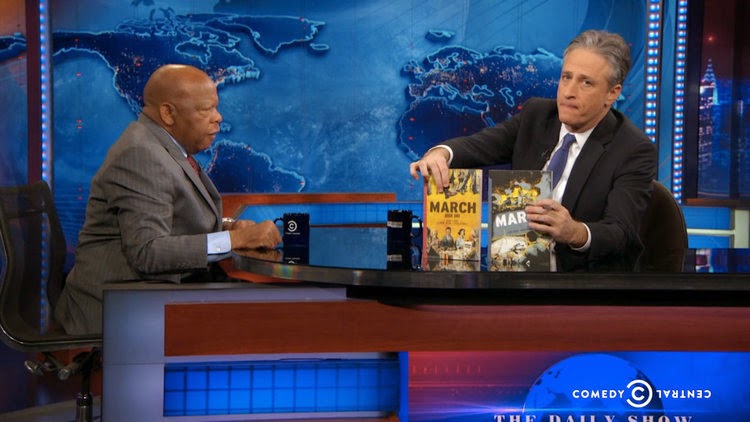 In case you missed it, Congressman and civil rights legend John Lewis, co-author of the March saga (written with Andrew Aydin, and drawn by me) had an amazing appearance on The Daily Show with Jon Stewart on March 9th. The entire episode was dedicated to Congressman Lewis and the 50th anniversary of the Selma marches, which served as an impetus for the landmark 1965 Voting Rights Act (recently gutted by the Supreme Court).

You can watch the extended interview here.