MARCH is an Ignatz Award nominee! 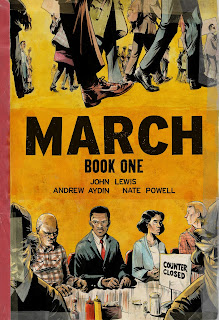 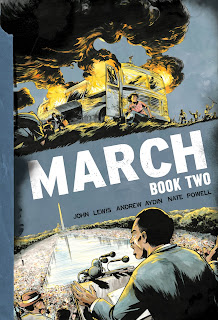 I'm honored to hear that March (written by John Lewis & Andrew Aydin, and drawn by me) is an Ignatz Award nominee for Outstanding Series! 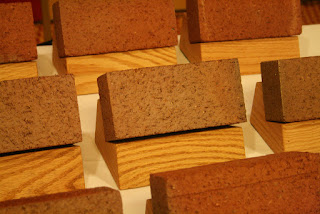 Voting will take place on Saturday, September 19th on-site at the Small Press Expo in North Bethesda, MD, and winners will be announced that evening. The Ignatz Awards are very special to me-- not only were they the first to put my work on the radar in many respects back in 2008, but their voting structure is perhaps the only in comincs to utilize a direct democratic method, and it's always interesting and exciting to see what's happening on the SPX show floor, in real time, as reflected in the awards. Thanks so much again-- it's an honor to be nominated for the coveted brick!